Sigaus is a nonprofit organization that coordinates a system of collecting and recycling industrial oil used in Spain. Every year they create a campaign to raise awareness about the importance of recycling. This year we have created, in collaboration with Adesis, Sigaus Grand Prix, a set of 6 games that teach the way the oil is processed from recollection to reuse.

Before play, the users have to create an account on the webpage (using their email or Facebook user) At the end of the campaign (2 months and a half) the top 3 users with the highest score will win prizes.


We have used Google Application Engine for the back-end and Phaser for the front-end. 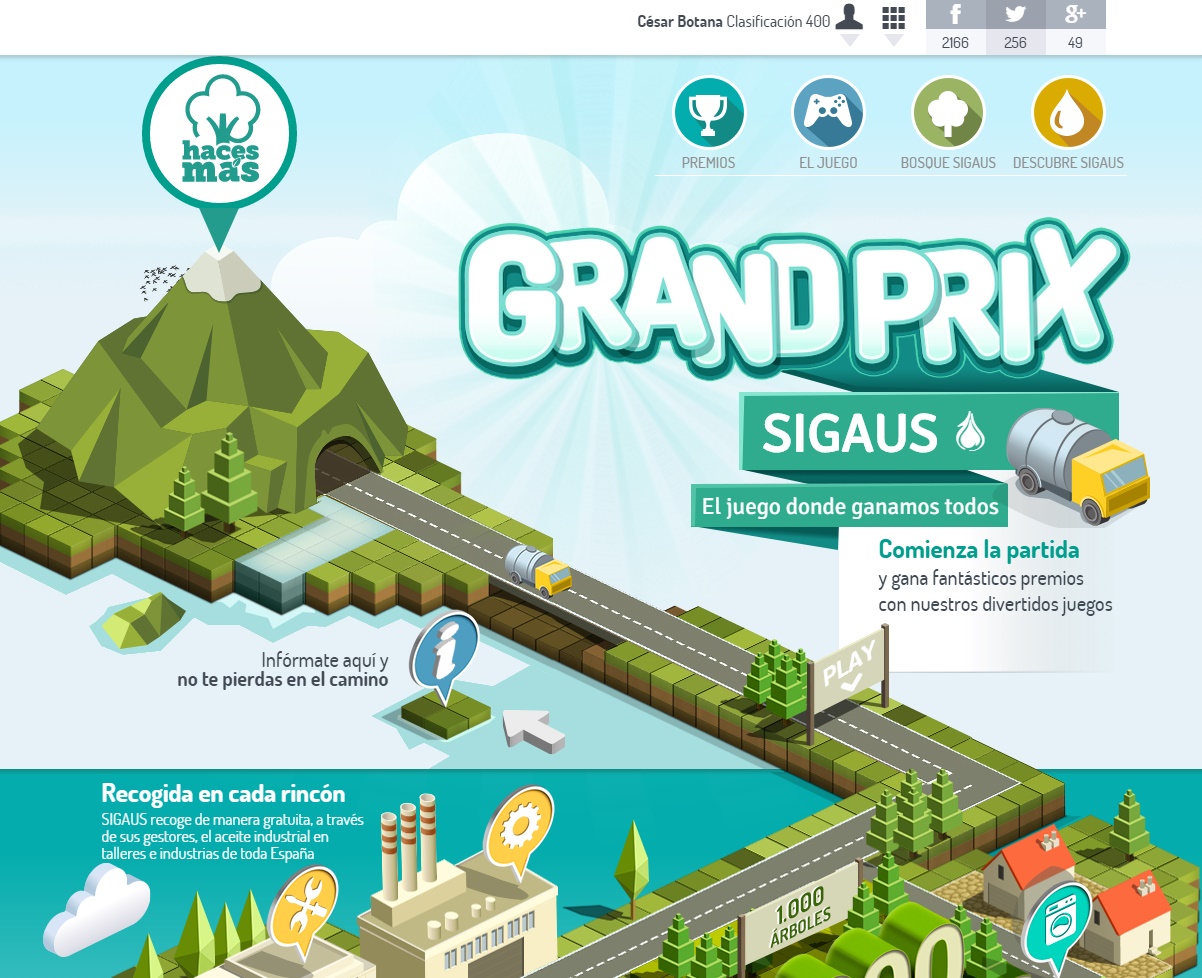 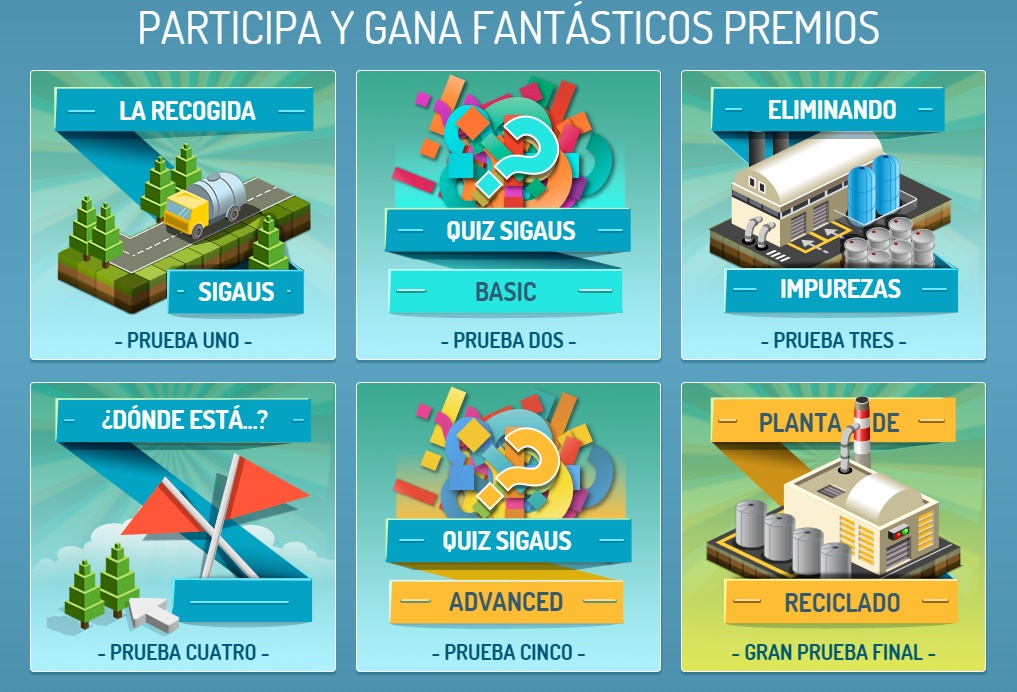 All the games have the same start screen. You can see the instructions for the game and the ranking with the best players in that game: 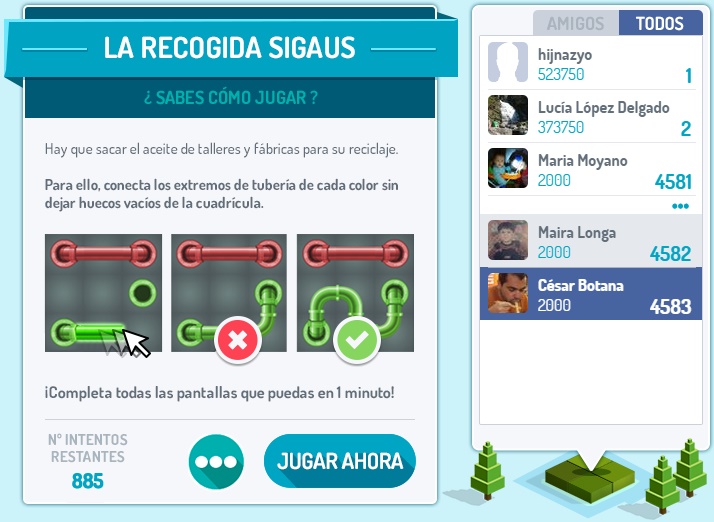 First game: connect the pipes. The user should connect the start and the end of the pipe without left any empty space: 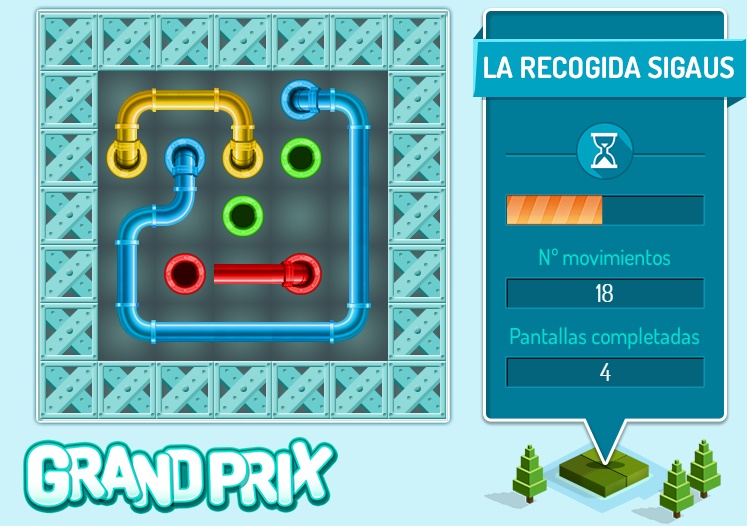 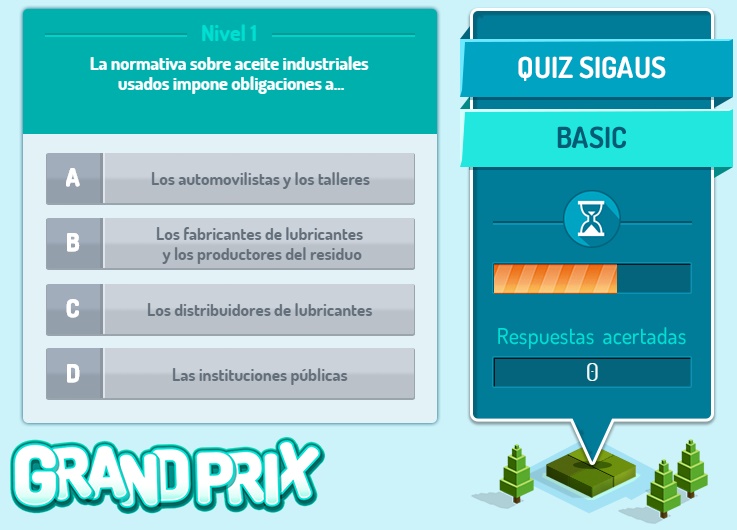 Third game: destroy the impurities. The user should destroy all impurities by clicking over them. But have to be careful because some impurities subtract time: 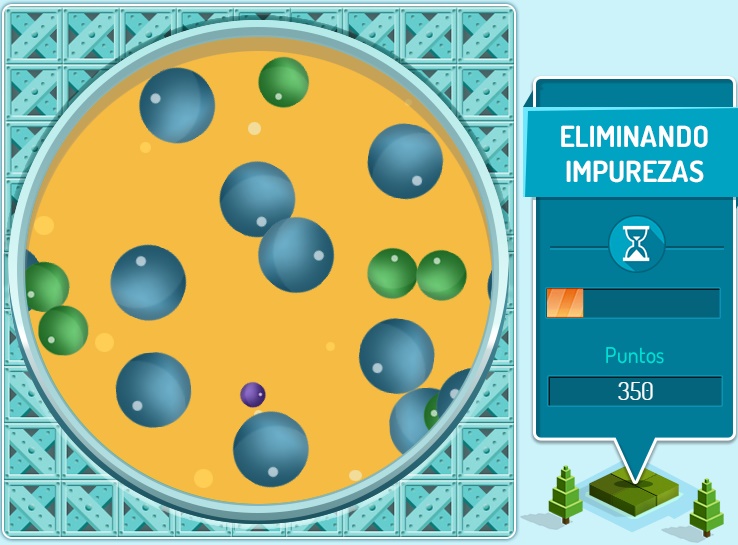 Fourth game: find the spot. The user should find in the map the indicated spots. The closest the better: 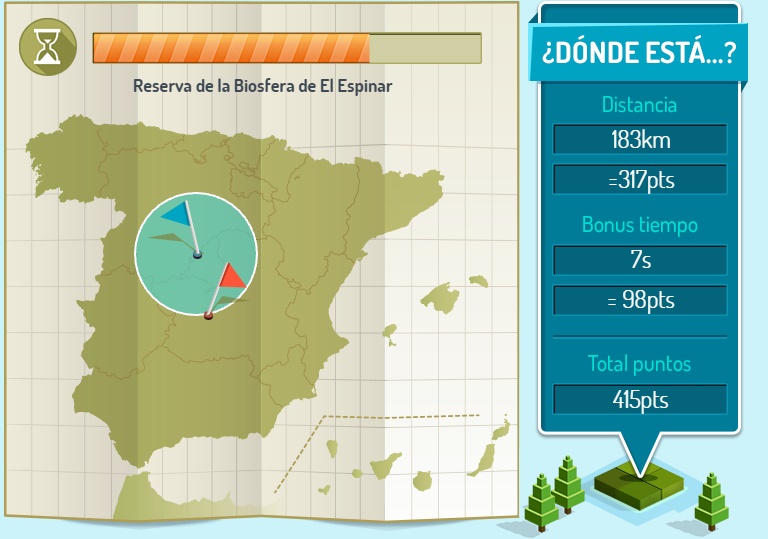 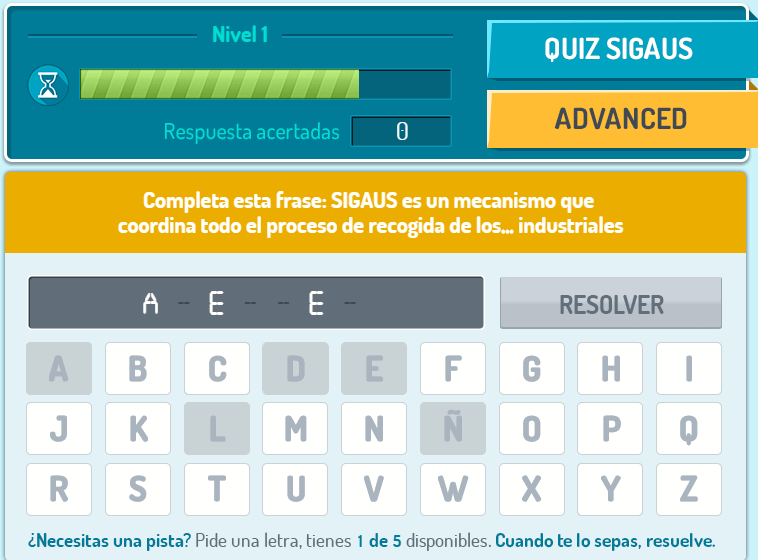 Sixth game: the final level. In this endless level the user has to pick up the oil drops while avoiding the electric rays: 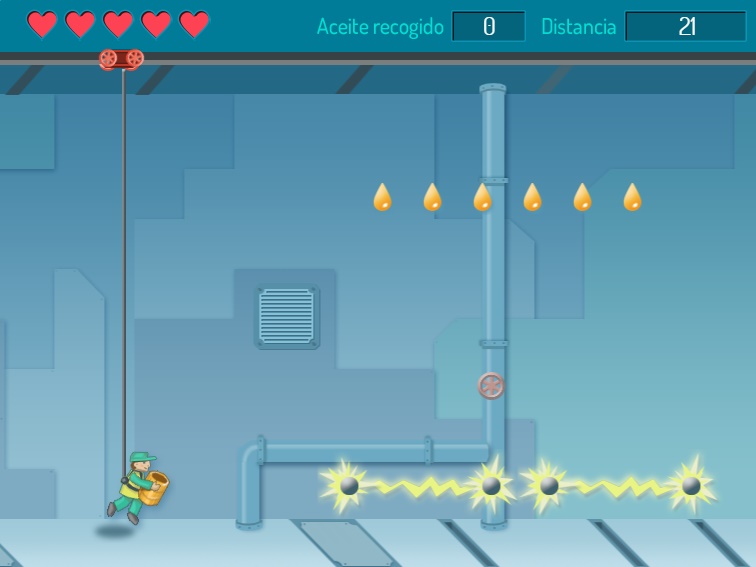