Deadlight is a 2.5D sidescroller platform game developed for Xbox 360 and PC by Tequila Works. It was developed using Unreal Engine 3. I had been working on this game as lead programmer for nearly two years and the main part of the game was developed by only two programmers, near the end, two more programmers joined the team.


The AI uses a typical machine state with three kinds of senses to "feel" the world around (sight, hearing and contact).


Although we used Unreal Engine, was necessary to create custom tools for our needs, we used C# to created them. One was a simple tool to generate Unreal localization files from a Microsoft Excel file. Another tool was a one-button-build-system (see image below). 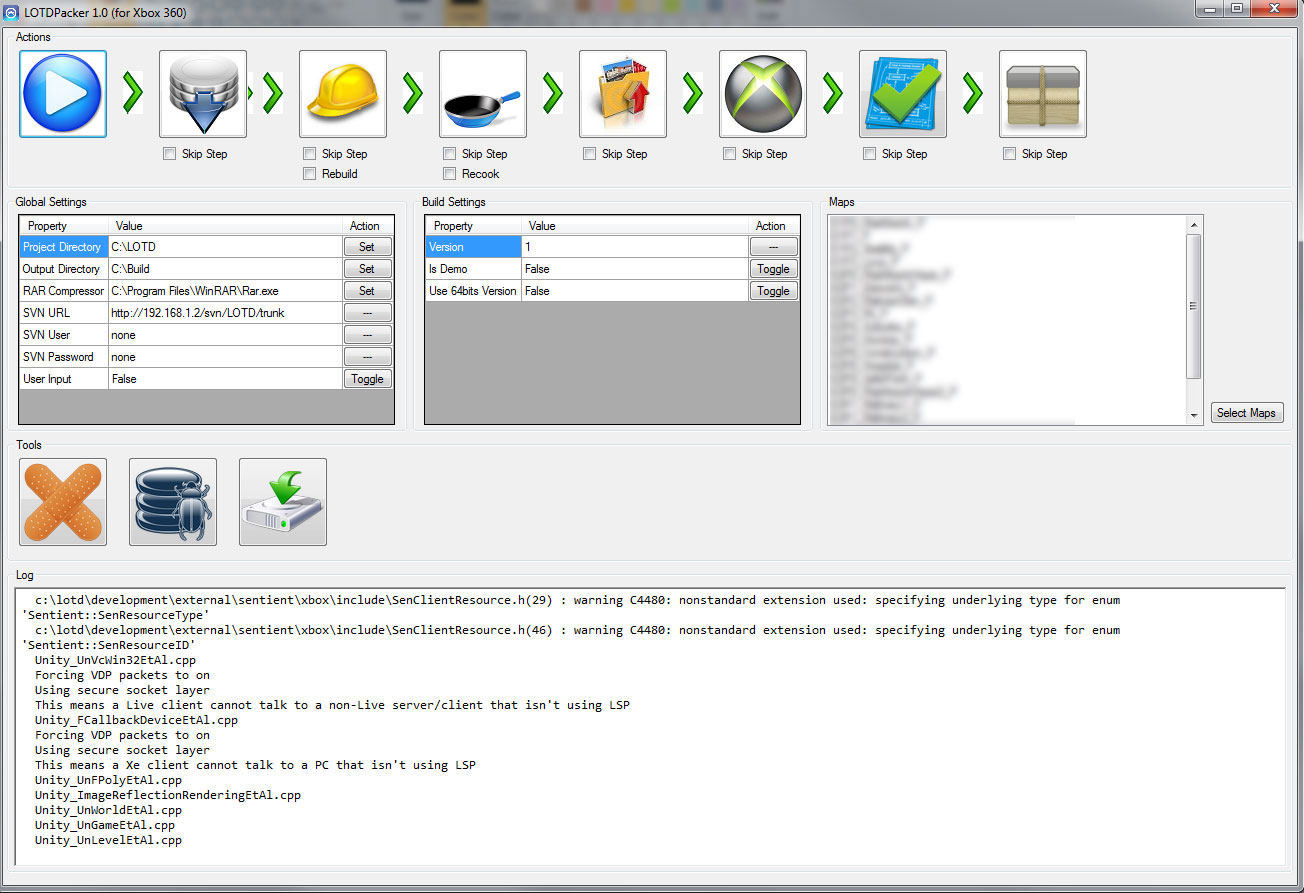 You can select individual actions by pressing the specific button or you can press the start button and do all actions one behind the other. The performed actions are: