Sometime after I left Pyro Studios, I was asked to program a game engine to create graphic adventures for children. The name comes from Roald Amundsen, one of the biggest adventurers of history. The idea behind the engine was to create a game editor for the users to be able to make all tasks and not need codes anything in C++.


The editor only runs in Windows because it was created using Win32 API. In the editor, you create the game and the output is a package file that contains all information required by the game and is interpreted by the engine. In the image below we can see the editor running with a sample room loaded: 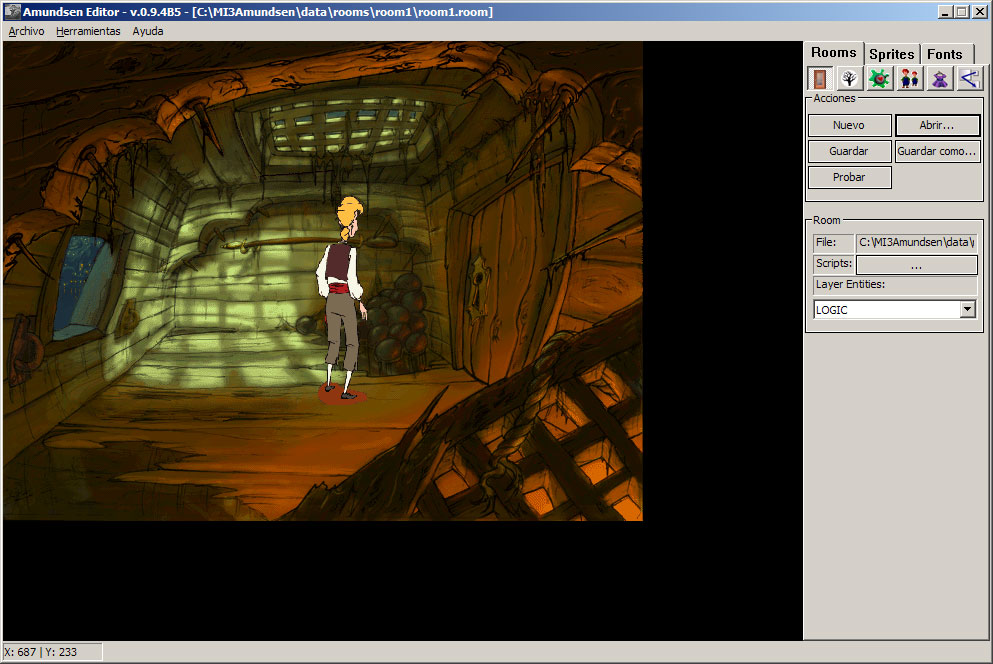 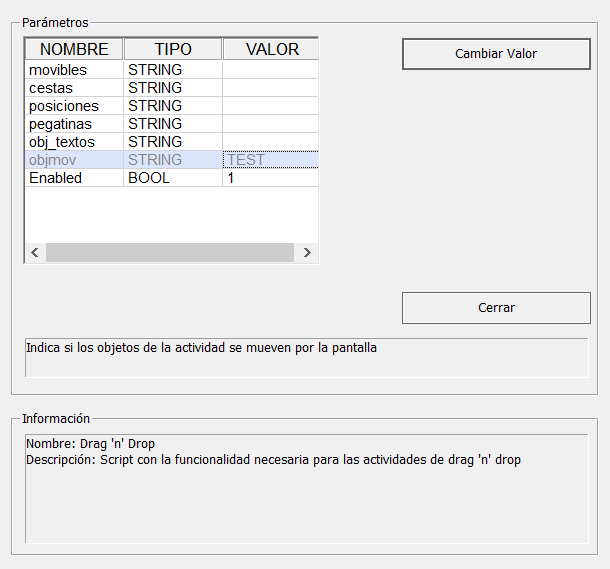 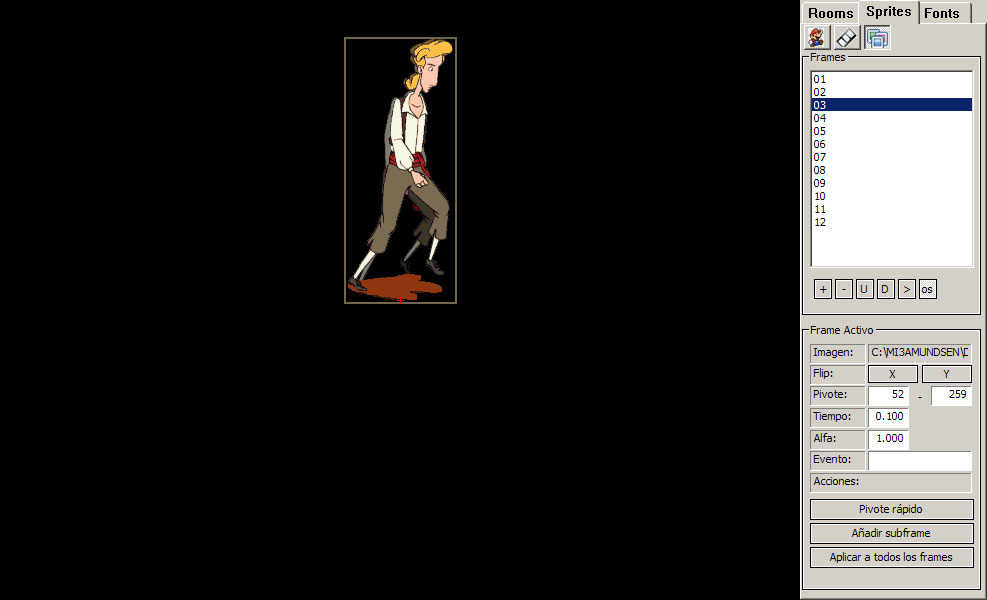 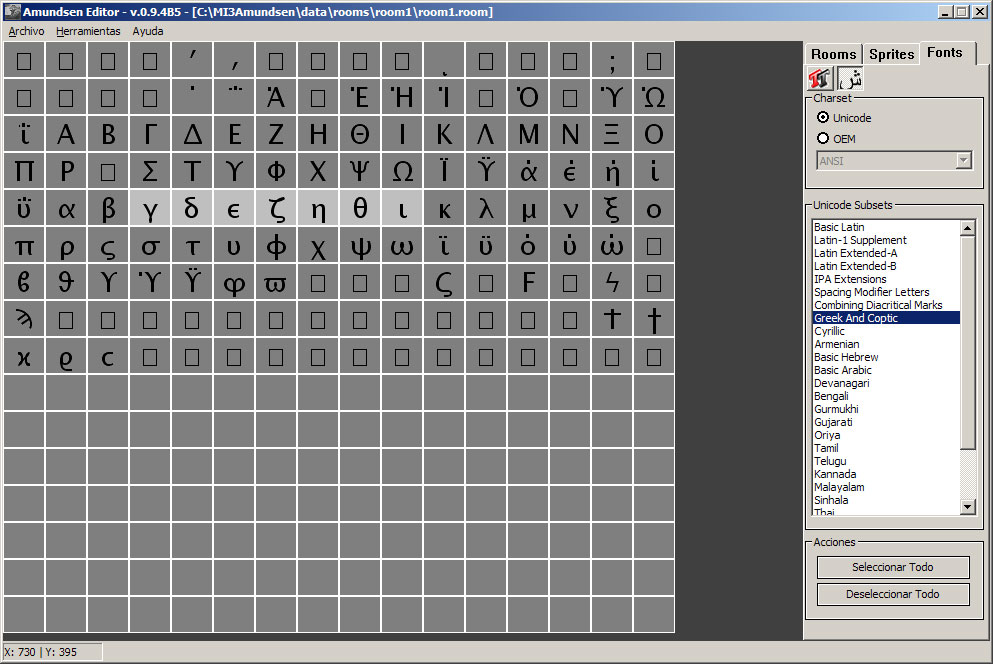 Warning: Graphics used in samples are extracted from The Curse of Monkey Island game and has copyright from Lucas Arts.